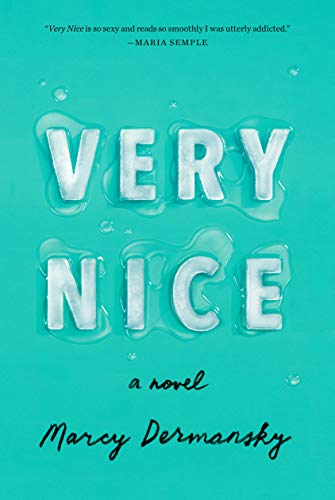 The sly, deceptively simple and thoroughly seductive fourth novel by the author of The Red Car keeps a small cast of weirdly interrelated characters in constant motion. In the first few pages, as the academic year ends, clueless, dreamy college student Rachel seduces her passively willing creative writing professor, Zahid Azzam, whose stint at her liberal arts college has just ended. He proceeds to hand off his standard poodle, Princess, to Rachel while he returns to Pakistan to visit his dying grandmother, and Rachel takes Princess to her childhood home in a wealthy Connecticut suburb, where her mom, Becca—adrift after her own poodle has died and her husband, Jonathan, has left her for airline pilot Mandy—falls in love with the dog. When Zahid returns to pick up Princess, he falls for Becca and her poolside lifestyle, and drifts through the summer with her, while Rachel, ignorant of the affair, keeps trying to lure him into her bed. Intersecting their lives are twins Khloe, who works with Jonathan, and Kristi, a writer who offers a job at the Iowa Writers’ Workshop to the reluctant Zahid. When conflict between mother and daughter reaches a head, Zahid is caught in the middle and faces an eviction from the edenic existence he has been savoring. Bouncing between points of view, Dermansky confines herself to snappy, brisk paragraphs and short sentences, with much of the psychic action between the lines. Her sharp satire spares none of the characters and teeters brilliantly on the edge of comedy and tragedy.[em] (July) [/em]
close
Details