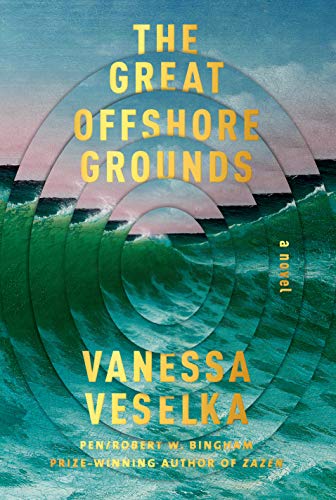 Veselka (Zazen) returns with a sprawling work of astonishing depth and scope about three siblings contending with poverty in the Pacific Northwest. Half-sisters Livy and Cheyenne, both 33, were told a “fairy tale” by their father, Cyril, when they grew up, that one of their mothers wanted children and the other wanted to chase the North Star, and both got what they wanted without marrying him. Veselka opens on Cyril’s first late-in-life wedding, which the sisters, both broke and with no love for Cyril, attend for the free food and drink. They reunite with Kirsten, a biological mother to one of them, who raised both sisters and Essex, their adopted cab-driving brother. Cyril gives them information about the other mother, Ann, who agreed with Kirsten to let her raise both daughters, provided Kirsten not reveal the details of who belonged to which mother. The sisters drive to Boston, hoping to find Ann, but strike out. Livy then heads to Alaska, where she becomes a sailor’s apprentice and protests offshore drilling; Cheyenne continues to pursue Ann; and Essex, desperately lacking direction, enlists in the Marines. Meanwhile, Kirsten gets a terminal cancer diagnosis and summons them for a reconciliation. Veselka blends fascinating details of seamanship, cab driving, and boot camp with intimate, spot-on descriptions of contemporary American poverty, such as Cheyenne being shuttled to the couch to make room for Airbnb guests when she’s late on rent and selling plasma. This gritty and unsentimental work is compassionate, funny, and deeply human. (Aug.)
close
Details