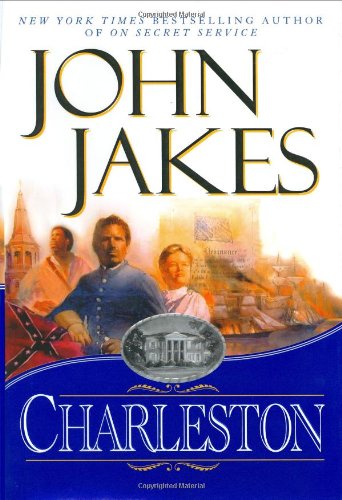 Jakes, the bestselling master of historical fiction, begins his newest saga in 1720, a mere 50 years after the first settlers occupy the still-rustic village of Charles Town at the confluence of the Ashley and Cooper Rivers, in what will become the state of South Carolina. Arriving from a primitive western trading post, Sydney Greech, a 20-year-old British immigrant, and his pretty, pregnant bride, Bess, take a more euphonious surname as they begin a new life of menial labor and spawn the Bell clan, whose successive generations will be bound up with the history and fate of Charleston. Much of the book is set between 1779 and the 1866 post–Civil War rebellion in South Carolina; it takes up the story of 21-year-old Edward Bell (grandson of Sydney) and his rivalry with his older and more devious brother, Adrian, who steals his sweetheart while Edward is studying in London. The intrigue then comes to focus on great-granddaughter Alexandra, born in 1815, who grows up to see her secret black lover murdered and travels north to become an abolitionist crusader. Members of the extended Bell family often find themselves on opposite sides of the various ideological divides that dominate the first hundred years of U.S. history, and their story is a dark tapestry of betrayal, revenge and murder as royalists clash with patriots, Unionists with Confederates. Fans of Jakes's earlier hits should find plenty of drama and antebellum flavor in this lusty epic.