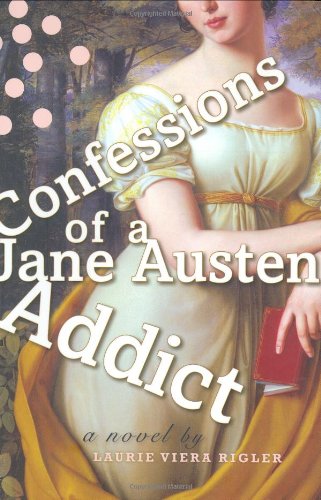 Confessions of a Jane Austen Addict

A clever time-travel setup functions as the prime attraction for this breezy debut novel. Courtney Stone, a single Los Angeles woman recovering from the double whammy of a broken engagement and a failed friendship, wakes up after a night of self-medicating with her “drug of choice,” Jane Austen novels, to find herself in 1813 England. She's inhabiting the body of Jane Mansfield, a manor-born Englishwoman who, at 30, has yet to find a husband, confounding her humorless, “Miss Bossy-corset” stand-in mother. While still haunted by “real-life” memories, Courtney, as Jane, soon gets swept up in this Austenesque world of decadent meals and grand balls, gentlemen in “form-fitting knee breeches” and traveling with her friend Mary, whose brother, Charles Edgeworth, appears to have an interest in Jane that Courtney struggles to understand. As her identity starts to meld with Jane's, Courtney rethinks who she wants to be (and to be with) in any time period. While her 21st-century anachronisms can be comical, Courtney, for such an Austen “addict,” is unconvincingly naïve about Regency norms. Fans of the ever-expanding inspired-by-Austen-lit garden party will find a winner here; it doesn't hurt that Austen has a brief, comical cameo.