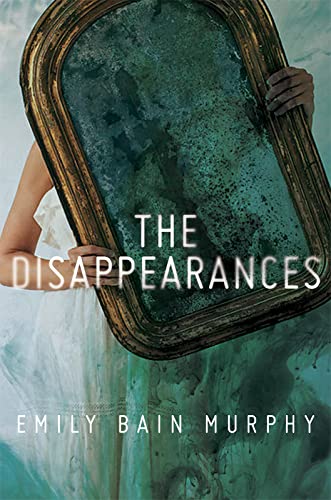 Set in New England in 1942, Murphy’s debut novel opens with 16-year-old Aila Quinn and her younger brother, Miles, saying farewell to their father, who has been drafted. Their mother, Juliet, died recently, so Aila and Miles must move to Sterling to live with Juliet’s childhood friends, the Clifftons. Malcolm, Matilda, and their son are gracious hosts, but other residents of Juliet’s hometown prove less than welcoming, and it’s not long before the siblings find out why. Every seven years, the townspeople lose something, such as the ability to see reflections or smell. Nobody knows why the “Disappearances” happen, but they started the year Juliet was born, and she’s the only one to have shed their effects upon leaving Sterling, so many believe that she’s somehow responsible. With the next Disappearance Day rapidly approaching, Aila vows to discover the curse’s cause, vindicate her family, and end the Disappearances for good. Sumptuous worldbuilding, richly developed characters, and a swoon-worthy romance elevate this delightful, fantasy-tinged mystery. Ages 12–up. Agent: Peter Knapp, Park Literary & Media. (July)
close
Details