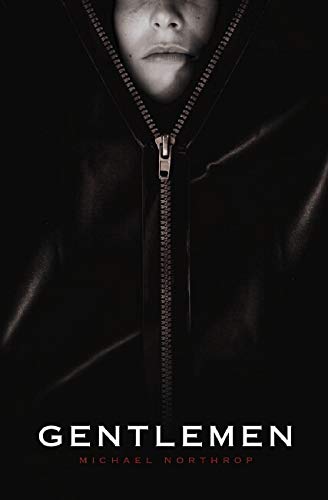 Northrop's debut is one dark ride, as events spin out of control for three friends who haven't had many lucky breaks. High school sophomores Micheal (the narrator), Tommy, Mixer and Bones are a pretty tight crew. (And, yes, that's how Micheal's name is spelled: “Mom or Dad, one of them dropped the ball on that one, probably Dad, in the hospital or wherever it is you fill out that paperwork.”) Then Tommy goes missing. It isn't the first time, so the guys aren't initially too worried, but as time passes—and following increasingly unsettling interactions with their English teacher, Mr. Haberman, during a unit on —they begin to suspect that the teacher is involved in Tommy's disappearance. Micheal, who has an eye injury stemming from a childhood incident, is a sympathetic but unreliable narrator—something he himself recognizes (“Having a messed-up eye, you know, it'll affect how you see things”). The brutal narration, friendships put through the wringer and the sense of dread that permeates the novel will keep readers hooked through the violent climax and its aftermath. Ages 15–up.