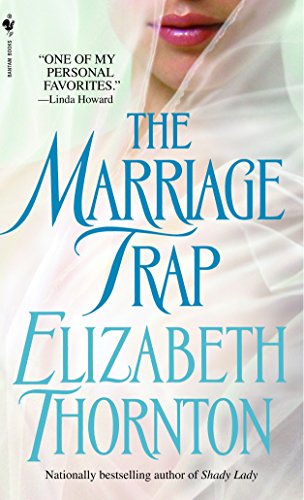 As multilayered as a wedding cake and just as delectable, this first installment in Thornton's new Regency-era trilogy focusing on Lord Jack Rigg and his friends, Ash and Brand, finds Jack fleeing London (and a gaggle of marriage-minded mamas) for Paris. There he meets impoverished Ellie Hill, who serves as companion to a domineering woman, but at night exercises her card-sharking skills under the guise of the glamorous Madame Aurora. Ellie remembers Jack as the youth who boarded with her eccentric family—and who was the object of her first crush. He, however, doesn't recognize her until circumstances, involving a theft and murder, whisk them on the path to matrimony. Thornton ( ) effectively works in the suspense subplot, which is intriguingly elaborate but not brooding, with the froth and fun of the romance story line, and she excels at creating likable characters who play well off of each other. A memorable start to a new trilogy and a fine introduction to Thornton's work, this book may very well win the author another RITA nomination (her books have received five thus far).