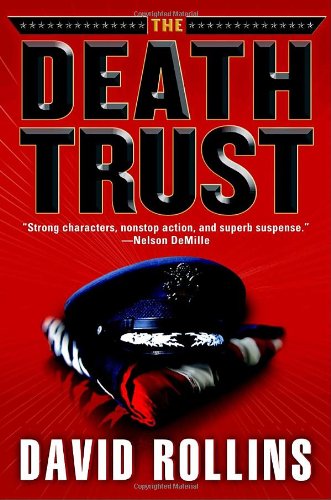 Australian Rollins ( ) introduces a tough, wisecracking hero in his U.S. debut. When Gen. Abraham Scott—CO of Ramstein Air Base in Germany and son-in-law of the U.S. vice president—dies in a suspicious glider incident, Maj. Vincent Cooper, an agent of the U.S.A.F. Office of Special Investigations, gets the call. Recently divorced and drinking to excess, Vin knows his job is on the line as he travels to Germany to work with Special Agent Anna Masters. The two of them put together a case that grows to encompass an ever-widening ring of murders and takes them, in a particularly harrowing scene, to Baghdad. A shadowy international organization known as the Establishment appears to be behind the mayhem, and in the process of figuring out the group’s motives, the intrepid Vin gets beaten up, blown up, set on fire and shot a couple of times. Readers will look forward to more of Vin’s exploits in his next outing, .