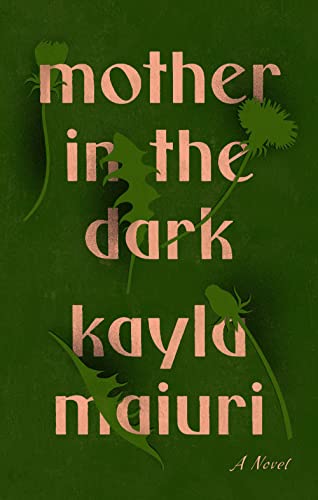 Mother in the Dark

Maiuri’s wrenching and poignant debut centers on a family in escalating crisis due to a mother’s mental illness. Anna, 20-something, left her Massachusetts hometown for New York City, where she shares an apartment with her friend Vera. Now, Vera has fallen in love, and Anna is afraid she’ll move in with the boyfriend. Distressed, Anna ignores phone calls from her father, Vin, and her two younger sisters, Lia and Sofia, despite sensing the calls are because her mother, Dee, is not well. Most of the action is in flashbacks to Anna’s adolescence, when Vin, without consulting Dee, moves the family out of the Italian American suburb in Boston where Dee grew up. They are the first family to move into a new development, where Vin becomes more aloof and drinks too much, and Dee mentally shuts down. The sisters react in different ways, as Anna and Lia become close to Vera, who moves in across the street. Maiuri brings nuance to the heavy subject matter: inherited madness, fracturing family bonds, and resentment held in the body, balanced nicely with Anna’s strong narrative voice: “I hate that she’s so desperate for love,” she says of Vera. Fans of Justin Torres’s We the Animals will find a lot to like. Agent: Alice Whitwham, Elyse Cheney Literary. (Aug.)
close
Details