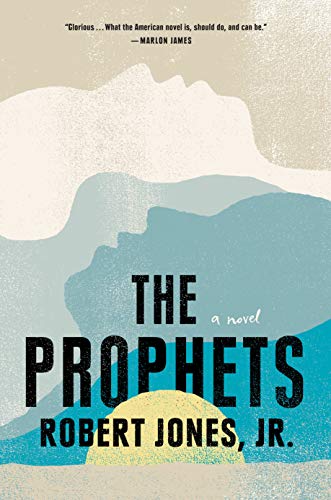 Reviewed by Edmund White This is a first novel, but I hope it took years and years to write since it is so powerful and beautiful. It is an antebellum story of a flourishing Mississippi plantation some people refer to as “Nothing” and others call “Elizabeth,” the name of the owner’s mother. This is a love story of two gay enslaved men, Isaiah and Samuel (not their original African names), who’ve been assigned to look after the horses and who work together in perfect harmony in the barn. With astonishingly real details, Jones creates a convincing picture of slave life, everything from transportation in ships (where those captives who had died from hunger or wounds or disease were just thrown overboard) to the arrival, in this case, at a vast cotton plantation, where they are branded, forced with whipping to work harder and faster, insulted, mocked and, if they’re female, raped. Jones’s women are all sharply delineated, starting with the “king” of a tribe in Africa, a woman-warrior who lives with her several wives. The main women on the plantation—Be Auntie, Sarah, Puah, Essie—have their own clearly delineated identities and complex psychologies. What is unprecedented in this novel is its presentation of the two gay male slaves, each endowed with his own personality, which never merges with a stereotype. In fact, Jones’s compassionate understanding extends even to the whites (who are referred to as toubab, a Central African locution): “When they approached, she had figured out something that had been like a splinter in her foot: the easy thing to believe was that toubab were monsters, their crimes exceptional. Harder, however, and even more frightening, was the truth: there was no such thing as monsters. Every travesty that had ever been committed had been committed by plain people and every person had it in them.” Which is not to say Jones lets his slave owners off easily. They were hypocritical Christians, sadists who raped their chattel, who worked their slaves until they could do no more and called them “lazy”: “They stepped on people’s throats with all their might and asked why the people couldn’t breathe.” Whites kidnapped black children and then called slave parents “incapable of love.” The lyricism of The Prophets will recall the prose of James Baldwin. The strong cadences are equal to those in Faulkner’s Light in August. Sometimes the utterances in the short interpolated chapters seem as orphic as those in Thus Spake Zarathustra. If my comparisons seem excessive, they are rivaled only by Jones’s own pages and pages of acknowledgments. It seems it takes a village to make a masterpiece. Edmund White’s most recent novel is A Saint from Texas.
close
Details