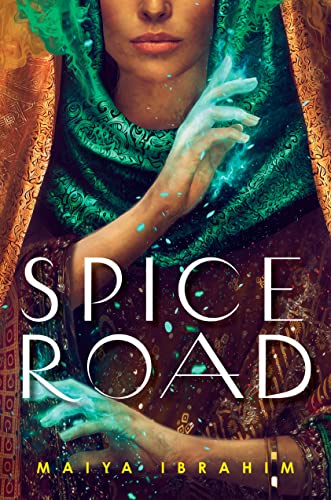 Ibrahim’s superbly written fantasy debut, the first in a series, follows 17-year-old Imani on a quest to find her missing, traitorous older brother. Imani is the youngest Shield in history, an individual who wields magic to combat djinn and other mythical beings threatening the safety of the hidden desert city, Qalia. But when her older brother, Atheer, flees with mystical Qalia secrets, labeling him a traitor, Imani’s reputation is tarnished. Though he’s assumed dead, when Imani discovers evidence that he might be alive, she must journey to the Forbidden Wastes to bring him home and secure Qalia’s secrets from the world beyond the city. With the help of a djinn named Qayn, Imani sets off with a group that includes her younger sister, Amira, and her nemesis Taha, 18, who believes Imani may facilitate Atheer’s escape. The further the group travels into the Forbidden Wastes, the more they learn about the real state of Qalia, and Atheer’s reasoning for running away. Imani’s introspective voice, rendered in Ibrahim’s lush prose, propels a deliberately plotted adventure populated by magnetic characters. Overflowing with culturally specific details and set in a fictional, Arabian-inspired world, this high-octane adventure maintains a steady clip toward a scintillating conclusion. Ages 14–up. Agent: Pete Knapp, Park & Fine Literary and Media. (Jan.)
close
Details