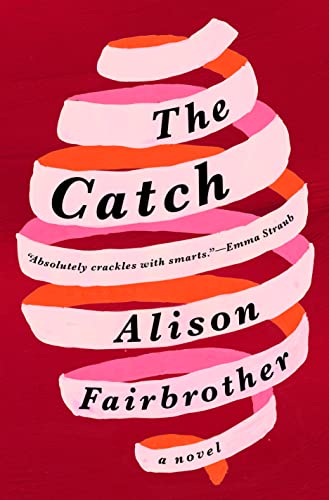 In Fairbrother’s perceptive debut, a young journalist is left reeling and looking for answers after her father’s sudden death. Ellie Adler, 24, a reporter at a D.C. news website, heads home to Maryland to visit her poet father, James, and her stepfamily. Ellie, the oldest, is happy believing she’s her father’s closest confidante and shares his writerly interests. Days later, he dies of a heart attack, and a bereft Ellie reads his most famous poem, “The Catch,” at his funeral service, where an unknown woman attends. Later, Ellie begins looking into the woman’s relationship with James, and tries to piece together why he bequeathed Ellie an unfamiliar tie rack and gave the lucky baseball she’d always wanted to a stranger named L.M. Taylor. Meanwhile, Ellie begins questioning her relationship with her boyfriend, an older, married man, after her roommate learns of the affair. She also parlays a work assignment into an investigation of Taylor’s osprey conservation on the Chesapeake Bay to learn more about him. The minutiae of James’s estate eventually wears thin, but Fairbrother ably captures Ellie’s fractured world as a child of divorce, which fuels her motivation. This is a promising start. Agent: Suzanne Gluck, WME. (June)

Correction: A previous version of this review mischaracterized a plot point.