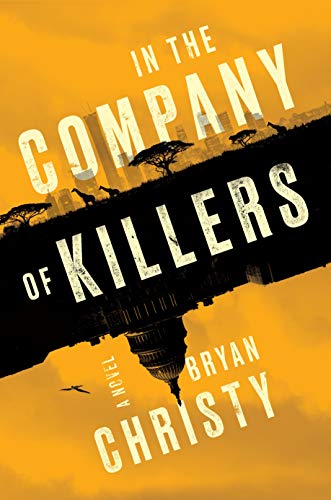 In the Company of Killers

Christy (The Lizard King: The True Crimes and Passions of the World’s Greatest Reptile Smugglers) makes his fiction debut with an exceptional adventure thriller. In Samburu County, Kenya, American journalist Tom Klay, who also works for the CIA, and his friend Capt. Bernard Lolosoli, who commands a privately funded counter-poaching force, have information that local crime kingpin Ras Botha is going to kill a world-famous elephant for its massive tusks. In the ensuing ambush, Klay is wounded and Bernard killed. Back in Washington, D.C., Klay broods, drinks in his favorite bar, and begins organizing a hunt to bring down Botha. Once Klay returns to Africa, he runs up against Terry Krieger, the head of the world’s biggest private military company, who claims to be a conservator of the earth and likes to relax by killing large animals. A riveting plot, complex characters, deep backstory, and an engrossing setting enhance this finely written novel about justice, personal responsibility, and saving the environment. Readers will come away eager for whatever Christy, the founder of Special Investigations at National Geographic, turns his hand to next. Agent: Jennifer Joel, ICM Partners. (Apr.)

Correction: An earlier version of this review misstated the author's role at National Geographic.