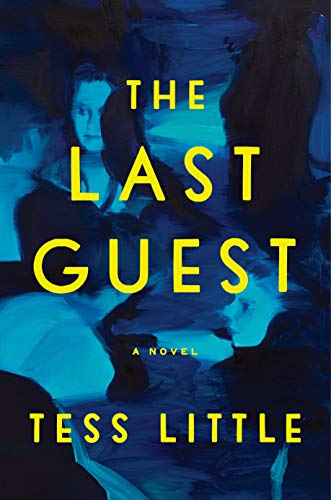 Former actor Elspeth Bryant Bell, the 42-year-old narrator of Little’s searing debut, flies from New York to L.A. to attend the 50th birthday bash of her abusive ex-husband, director Richard Bryant, because her 19-year-old daughter, Lillie, doesn’t want to go solo. When Ellie arrives at Richard’s Hollywood home, however, she learns that Lillie begged off, and the event isn’t the “sprawling carnival” she expected, but an intimate gathering comprising Richard’s manager, oldest friend, and much-younger boyfriend, together with the cast and crew from his latest movie. Debauchery and drama ensue, and when Ellie wakes the next morning, Richard is dead of an apparent overdose. The police suspect homicide, though, and grill the guests, all of whom Richard somehow wronged. Stuck in L.A. until the case concludes, Ellie also starts digging, which forces her to confront her and Richard’s own fraught history. Little intercuts the party’s aftermath with flashbacks to Ellie’s past and the soiree itself, imparting tension, heft, and drive. Flimsy supporting characters and a murky denouement underwhelm, but Ellie’s emotional journey both grips and gratifies. Little is a writer to watch. Agent: Lucy V. Cleland, Kneerim & Williams Agency. (Oct.)
close
Details