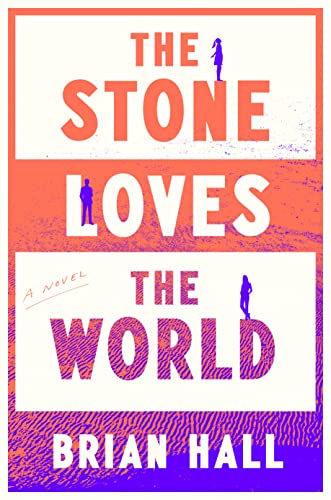 The Stone Loves the World

Hall returns to characters from The Saskiad in this strikingly original take on science, uncertainty, and the longing for connection to others and to the world. New Yorker Mette White, 29, a math savant and computer game programmer, shuns most human relationships. When her tentative romance with a colleague collapses, she considers suicide but instead gets on a Greyhound to Seattle, a destination chosen at random. Her mother, Saskia, an aspiring playwright who broke up with Mette’s father, Mark, before Mette’s birth and raised her largely alone, worries when Mette disappears. She calls Mark, an astronomy professor whose relationship with Mette consists mostly of emails filled with logic and mathematical puzzles. Unconcerned at first, Mark becomes as alarmed as Saskia when they discover Mette has flown from Seattle to Denmark to meet Saskia’s father, Thomas, a former cult leader who repeatedly had sex with Saskia’s friend when the girls were teenagers. Rushing to Denmark in pursuit, they miss Mette in transit but revisit their own fractured relationship. Hall shuttles the reader through time as well as space, depicting the unhappy marriage of Mark’s parents and Saskia’s loss of her mother two decades earlier. To allay their emotional pain, all lose themselves in information—whether about medieval mystery plays, prime numbers, or the physics of tire rotation. Hall takes a risk with sprawling, dense passages, and pulls it off by majestically drawing together the various threads of this consistently moving and entirely unconventional narrative. It’s a stellar achievement. Agent: Sarah Chalfant, the Wiley Agency. (June)
close
Details