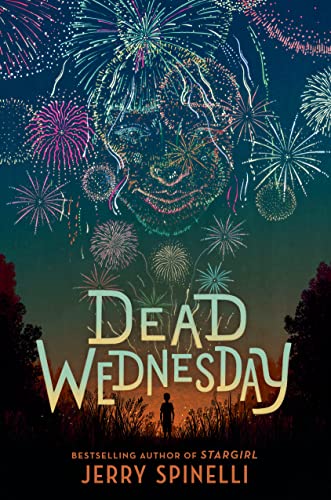 Robbie “Worm” Tarnauer is excited to participate in Dead Wednesday, when all eighth graders in Amber Springs, Pa., are given a black shirt, assigned the name of a local teenager who died a preventable death, and then ignored for the day—treated as “dead” by the faculty. Though it’s intended to be a grim warning, most students see the day as license to goof off. Worm, however, aptly named since he prefers to be “out of sight, underground, watching, listening,” is happy for a day of invisibility. But when Worm receives the name “Rebecca Ann Finch” and dons the black shirt, he also gets a surprise: the sudden presence of Becca’s ghost. A quirky, charismatic 17-year-old wearing raspberry-colored pajamas, she’s guilt-ridden about the pain her death caused and convinced that she’s arrived to help Worm take charge of his existence. The more she reveals about her life and death, however, the more Worm wonders if it’s Becca who actually needs his assistance. Though Becca’s characterization can feel more conceptual than fully fleshed, and the male characters frequently view girls as homogeneous, self-conscious Worm’s slow-building affection for lively Becca leads to a bittersweet conclusion that prepares both for the future. Centering meaningful themes of ephemerality, forgiveness, and self-acceptance, Spinelli’s (Stargirl) characters—cued white—will undoubtedly dig their way into the hearts of readers who need them most. Ages 10–up. [em]Agent: William Reiss, John Hawkins & Assoc. (Aug.) [/em]
close
Details