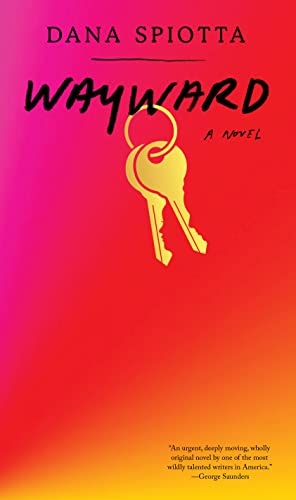 Spiotta (Innocence and Others) draws up a love letter to Syracuse, N.Y., in this wonderfully mischievous and witty story of a 53-year-old woman who flees the suburbs for the city. In 2017, Sam Raymond divides her time between working part-time at a historical house for fictional suffragette and Oneida Community member Claire Loomis, and her “bored-housewife pastime of attending open houses.” After swooning over a run-down bungalow designed by a locally treasured architect, she buys the house and leaves her husband, Matt, and 16-year-old daughter, Ally, without much of an explanation. Matt assumes she’s leaving as part of her distraught reaction to Trump being elected president; it’s true that Sam’s outrage has peaked, and she’s been going to meetings with other enraged women, which Spiotta renders with ingenious complexity. When a pair of younger women confronts a gathering of older white feminists (“All I know is that people our age, queer people, people of color—we didn’t elect him,” one of the young women says), Sam’s reaction is mixed, as she feels caught between two generations. Sam then meets a self-described “Half Hobo” from an online “Crones” group, who advises Sam to resign herself to the coming apocalypse. But Sam still wants her life to have meaning, and she wants to reconnect with Ally, whose story of a secret affair with a 29-year-old man emerges in a parallel narrative. As Sam reckons with how Syracuse’s history is viewed by a younger generation (“let’s salvage, not savage”), Spiotta pulls off a surprising dive into the Loomis story, which informs Sam’s relationship with her own mother and with Ally while shading in Sam’s interest in local lore. This is a knockout. (July)
close
Details