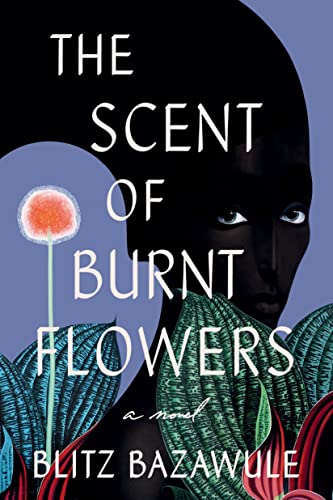 The Scent of Burnt Flowers

In a transportive debut set in the mid-1960s, Ghanaian artist Bazawule charts the fallout of the violent confrontation of an African American couple by a racist gang. Fearing for their lives afterward, Bernadette Broussard and Melvin Johnson flee to Ghana in disguise as a pastor and his wife. Melvin’s college friend Kwame Nkrumah happens to be the president of the country, and Melvin is certain Nkrumah will grant them asylum and a chance at a new life. When they arrive in Cape Coast, famed Ghanaian musician Kwesi Kwayson is about to perform in a courtyard outside their hotel. Bernadette catches his eye, and after she shares that her mother disappeared during a flood in her native Louisiana, the two forge a bond. Kwesi, who is on the way to perform for Nkrumah, aids Bernadette and Melvin on the road, and a rivalry brews between the two men. Meanwhile, a rogue FBI agent tracks the couple on suspicion of their involvement in the incident that caused them to flee, defying orders not to pursue them in Ghana. The fugitives-fleeing-authorities plot takes many of the expected twists on its way to a tragic conclusion, but Bazawule nails the atmosphere, loading it with cultural details on everything from palm wine to Highlife music. It’s an engaging if not riveting period piece. Agent: Anthony Mattero, CAA. (June)

Correction: An earlier version of this review misstated which character's mother disappeared during a flood.