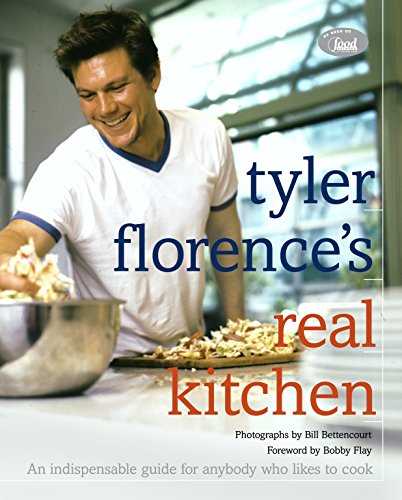 In what seems to be a bid to become a U.S. version of Naked Chef Jamie Oliver, Florence (who was chef at New York's Cafeteria and hosts his own cooking show) aims for a casual attitude. While organization is loose—amorphous chapters on backyard cookouts and "Dinner for Two" sit side-by-side with highly focused ones on making your own sushi—many of the recipes themselves are clever. Sage-Roasted Pork Tenderloin with Dried Plum Sauce features a tasty sauce made with red wine and prunes cooked until soft, and Roasted Sweet Potatoes with Miso, Orange, and Sesame would make a great snack as well as a tasty side dish. The author darts from one subject to the next and often combines flavors unexpectedly, as in Grilled Salmon with Watermelon and Black Olive Salad and Horseradish Burgers with Havarti and Tomato Remoulade. Sometimes Florence's claims that the best cooking is easy, casual and quick are belied by recipes such as the one for Blue Cheese Soufflé with Chamomile-Fig Compote that requires creation of a béchamel sauce, not to mention the notoriously tricky soufflés themselves. Florence's tone is light throughout, but readers may be turned off by airy pronouncements ("It's often been my experience that many of the cleanest, best flavors are very simple ones") that under closer inspection are fairly meaningless. Others may roll their eyes at his off-color or immature remarks (a man of Thai ethnicity "pulls out a karate move" when asked to share a recipe; the flavors of a Green Curry Chicken are "mental").