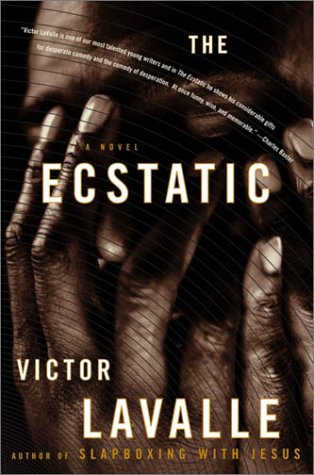 Not since Chief Bromden has there been a misfit narrator as large and compelling as 315-pound Anthony, the voice of this captivating debut novel by LaValle, author of the story collection . At the book's outset, Anthony's family finds him "living wild" in his apartment, expelled from Cornell University and suffering bouts of dementia. They bring him home to his African-American Queens neighborhood, which, like Anthony himself, threatens to tip from middle-class propriety to a state of shabby but colorful disrepair. There's the local loan shark, Ishkabibble; white-collar neighbors concerned about their lawns; a pack of roving dogs with keen noses for human weakness. Most important, there's Anthony's family: grandmother, mother and sister, "three versions of the same woman—past, present and future," who are usually at war with one another. Anthony isn't the first mentally ill member of his family. His mother, unstable in her youth, becomes erratic again just as Anthony tries to parlay his vigor for housecleaning and his encyclopedic knowledge of low-budget horror movies into some sort of promising future. Throughout, Anthony reflects on his own condition and that of those around him in a smart, sad and honest voice. The narrative shimmers with his self-deprecating wit and unexpected images ("Her hair was a big loose spray of black semi-curls emanating from her skull like the sound waves of her rollicking conversation"). LaValle's first book left critics divided over whether it had the substance to match its mannered style. Similar questions may be raised this time around, but LaValle's sympathetic and original narrator is a remarkable creation.