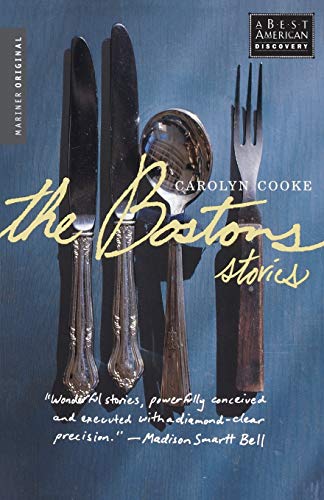 With a nod toward Henry James's New England classic, this collection of short stories shuns stuffy, turn-of-the-last-century Bostonians for gruffer characters, offering a dramatic and realistic portrayal of Northeasterners from Cambridge, Mass., to the Maine coast. Cooke has impressive credentials: her work has appeared in and in ; she has also won a fellowship from the National Endowment for the Arts. This debut anthology does not disappoint. Here, she crafts stark, reflective tales motivated more by character development than plot. The nine stories are related (some names pop up more than once), but each tackles a different human flaw, and Cooke handles each installment in a stylistically different way. In "Girl of Their Dreams," for example, she presents a first-person narrative of a 16-year-old girl's experiences moving to a lake house in Maine with her boyfriend. The girl is practically parentless and expecting a baby, yet she doesn't worry or play the role of victim. "Bob Darling," by contrast, omnisciently tells the story of a dying, middle-aged man searching for one last love before the end comes. The collection's title comes from the name residents of a coastal Maine town give to summer vacationers from the big city. Cooke portrays both groups, noting their similarities in roundabout ways. Her characters are fragile but wise, and as resilient as her prose in this spare and provocative compilation.