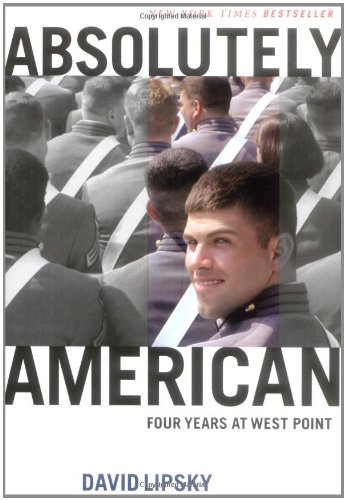 This superb group portrait of the corps of cadets at West Point focuses on the four years of Company G-4, "the Fighting Guppies." Entering in 1999, just after hazing was abolished, its cadets graduated into the post–September 11 world. They include all sorts and conditions of people, as well as, these days, both sexes (women are 14% of the corps of cadets) and varied class, ethnic and national backgrounds. reporter Lipsky () focuses on cadets like George Rash, repeatedly passing the physical fitness tests by the skin of his teeth if at all, but finding support and comradeship that eventually brings him to graduation into the Engineers. Then there is "Huck" Finn, a hulking football player whom no one would suspect of leadership qualities until he leads his team to victory in a military-skills competition. Dan Herzog graduates just as G-4 enters and spends four years wrestling with what he wants out of the army ( broken romances), and Col. Henry Keirsey is forced out of the army for backing a subordinate who made a non-PC joke. Lipsky is evenhanded with the Keirsey affair and with other controversial aspects of both the military in general and West Point in particular, even if his prose occasionally lapses into infelicitous journalese. Ultimately, he came to respect and know the people he was following, future officers of the U.S. Army in a world at war.