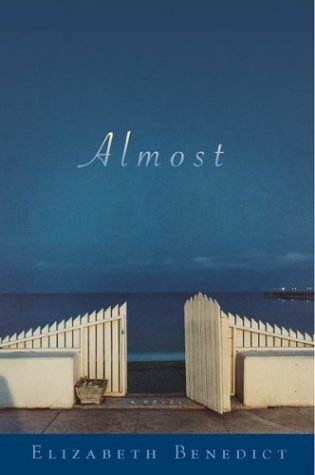 Acid humor and piercing insight mark this novel about death, divorce, exes, lovers and surrogate children on and off a snooty East Coast island. In a kaleidoscopic display of shifting perceptions, Benedict () chronicles the simultaneously sardonic and self-lacerating attempt of struggling novelist and celeb-bio ghostwriter Sophy Chase to come to terms with the death of her almost-ex-husband Will, a former CIA agent. When the phone call comes, Sophy is in bed with her lover, British art dealer Daniel Jacobs, in her New York City apartment. Despite deepening affection between her and his four adopted Vietnamese children, Sophy and Daniel's couplehood is one of convenience. When Sophy returns to Swansea, the island off the coast of Massachusetts where she lived with Will, she must face the fallout of his death—possibly by suicide, possibly her fault—without Daniel. But she is hardly alone. Surrounded by friends (gay funnyman Henderson, ex-lover and celebrity defense lawyer Evan Lambert), possible enemies (her two adult ste-daughters and their mother) and a host of island acquaintances straight out of , Sophy waits for the coroner's report to clear up the central mystery of Will's death. Meanwhile, several more mysteries develop: Who is Crystal Sparrow, and why did she leave a message on Will's answering machine just before he died? Where is Sophy's mutt, Henry? What terrible news did Evan and his wife receive the evening Sophy arrived at their island home? Benedict masterfully follows each small drama with a satisfying, emotional release. The effect is page-turning suspense that doesn't skimp on characterization or intelligence. Such versatility makes it equally suitable for a day at the beach or a few concentrated hours in a more sober setting.