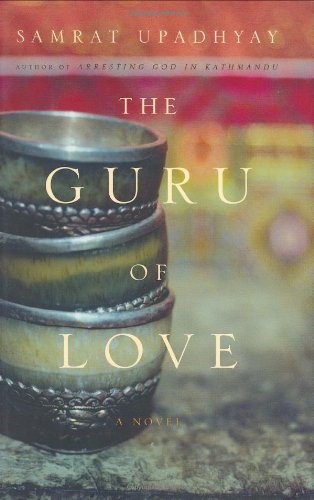 THE GURU OF LOVE

"The days crept on, and Goma and the children didn't come home. He felt their absence in his bones, his chest, the membranes of his throat so that at times it was difficult for him to speak." Yet Ramchandra, a math teacher in 1990s Nepal, is responsible for their absence. He has become infatuated with one of his tutees, 15-year-old single mother Malati. Unable to endure his obsession, his wife, Goma, has fled to her parents' home with pubescent Sanu and her younger brother, Rakesh. But nothing—neither infidelity nor her rich parents' scorn for a son-in-law who can barely afford a dilapidated apartment with outdoor plumbing—diminishes Goma's love for Ramchandra. Eventually, she returns home with the brilliant proviso that Malati and her infant move in as well, sleeping in the master bedroom with Ramchandra. Set in Kathmandu against a background of political upheaval, Upadhyay's debut novel (following the acclaimed short story collection ) is stunning in its simplicity and emotional resonance. The language captivates the reader with its singular, intimate weave of English and Nepali. One experiences this book as Ramchandra experiences his life: not at a reflective distance but swept away by it. The background, too, is vivid: the social fabric of Kathmandu, particularly the turmoil of the pro-democracy movement and the growing urbanization of an ancient city, is conveyed with detailed realism. Upadhyay, who left Kathmandu for the U.S. at 21 and teaches in Cleveland, reminds us that stories grounded in a specific place and time are the most universal. The Nepali heart is the human heart. Goma, Ramchandra, Malati, the children and the beautifully drawn minor characters are at once themselves and all of us.

Arresting God in Kathmandu The Guru of Love