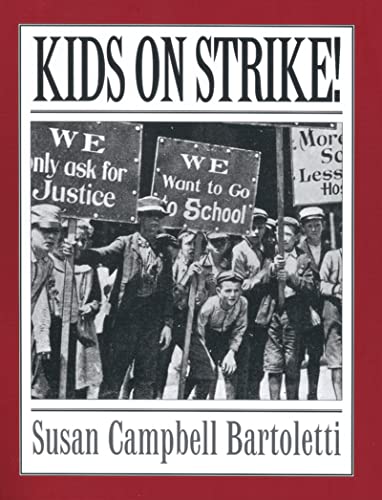 "Drawing from a broad expanse of resources, Bartoletti spins the stories of 11-year-old Harriet Hanson, who joined striking workers in the Lowell, Mass., mills of the 1830s, and myriad other children who began to realize the unfairness of 19th- and early--20th-century working conditions and took steps to change their situations," said in a starred review. "Both accessible and engrossing, this volume is tangible proof for would-be activists that children have made and continue to make a difference." Ages 9-up.