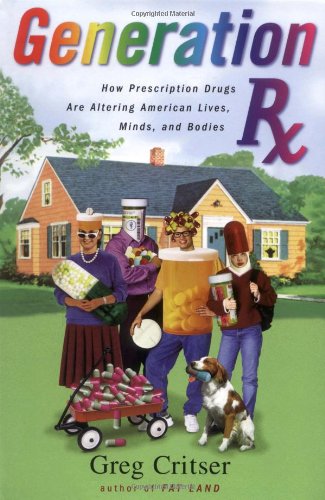 According to Critser, almost half of all Americans use a prescription drug daily; one in six take three or more. What are the possible consequences of the staggering recent growth in the use of such drugs? Journalist Critser ( ) lays out the cautionary facts in exquisite detail. The saga of big pharma gives new meaning to the term "slippery slope": none of it could have happened, he says, absent Reaganite deregulatory fervor, which led to the taking of several bold risks, most of which were perceived in the 1980s, even by drug makers, to be "downright dangerous"—including direct-to-consumer promotion (DTC) and the advent of off-label marketing—drug manufacturers encouraging doctors to prescribe medications for maladies for which the FDA has not approved their use. Some of this territory about our growing dependence on prescription drugs and the impact of DTC advertising was covered last year by Marcia Angell and others, yet it's a story worth heeding again in the wake of the recent furor over Vioxx. Critser's account is solid, thorough and told with vigor. .