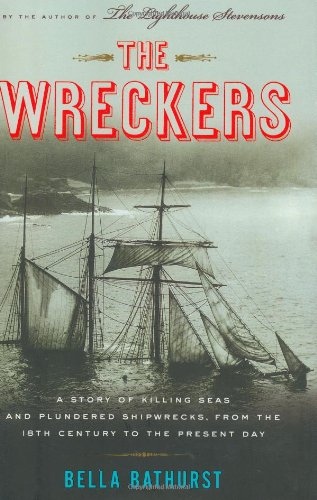 The Wreckers: A Story of Killing Seas and Plundered Shipwrecks, from the 18th Century to the Present Day

Bathurst, who won a Somerset Maugham Award for , offers a spellbinding tale of seafaring men, their ships and the ocean that cares for neither. With the British Isles as her focus, Bathurst covers the four points of the compass, delving into the particulars of each fabulously treacherous area with relish. To the east are the Goodwin Sands, shifting sandbars that rise out of the English Channel at low tide. To the west lies the Corrievreckan, the largest whirlpool in European waters, which nearly swallowed George Orwell in 1947. The Pentland Firth, with its strong, unpredictable currents, terrifies sailors in the north. And to the south, at Cornwall, ships collide with saw-toothed rocks, undersea ridges and each other with alarming regularity. For generations, folks on land have made their living salvaging what they can from the resulting mess. Bathurst probes the gray areas between rescuer, salvager and wrecker; taking advantage of murky regulation and lax enforcement, some coastal dwellers are all three. An air of sweet melancholy hangs over Bathurst's poignant account of ships, men and the circumstances that tear them apart. Illus. not seen by ; maps.