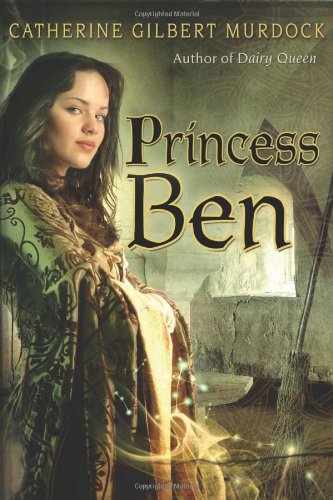 Murdock ( ) reworks now standard elements of the modern fairy taleâ€”reluctant princess, haughty prince, evil queen, portentous prophesiesâ€”for this frothy coming-of-age story. Princess Ben (short for Benevolence) is effectively orphaned after assassins kill her uncle the king and her mother, and her father disappears. Now heiress to Montagne's throne, Ben is forced into the tutelage of her aunt, Queen Sophia, with a regimen of dance lessons, embroidery and dieting, all in order to be married off to Florian, crown prince of menacing Drachensbett. After their umpteenth clash, the queen locks Ben in a tower, where Ben discovers a hidden portal, a wizarding room and a book of spells. Through her forays in magic, Ben learns that if Drachensbett's leaders can't marry their way into controlling Montagne, they will take it by force, and she will have to use her smarts to save her country. There's no new ground brokenâ€”the sardonic, witty repartee between Ben and Florian would fit right into a sequelâ€”but the story (think poor man's Gail Carson Levine) is thoroughly entertaining. Ages 12-up.