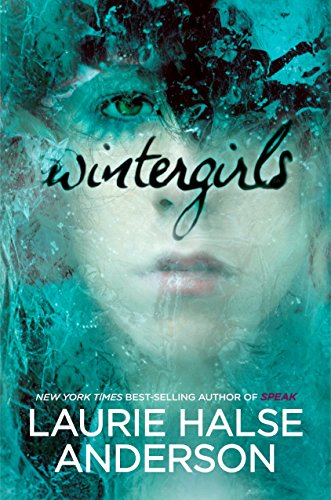 Acute anorexia, self-mutilation, dysfunctional families and the death of a childhood friend—returning to psychological minefields akin to those explored in , Anderson delivers a harrowing story overlaid with a trace of mysticism. The book begins as Lia learns that her estranged best friend, Cassie, has been found dead in a motel room; Lia tells no one that, after six months of silence, Cassie called her 33 times just two days earlier, and that Lia didn’t pick up even once. With Lia as narrator, Anderson shows readers how anorexia comes to dominate the lives of those who suffer from it (here, both Lia and Cassie), even to the point of fueling intense competition between sufferers. The author sets up Lia’s history convincingly and with enviable economy—her driven mother is “Mom Dr. Marrigan,” while her stepmother’s values are summed up with a précis of her stepsister’s agenda: “Third grade is not too young for enrichment, you know.” This sturdy foundation supports riskier elements: subtle references to the myth of Persephone and a crucial plot line involving Cassie’s ghost and its appearances to Lia. As difficult as reading this novel can be, it is more difficult to put down. Ages 12–up.