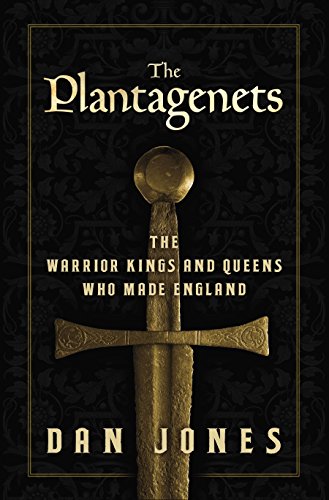 The Plantagenets: The Warrior Kings and Queens Who Made England

Although less famous than their Tudor cousins, the “unnaturally cruel” and powerful Plantagenets were the longest-reigning English royal dynasty, ruling for more than two centuries, from Henry II’s ascendance in 1154 after a violent civil war to Richard II’s deposition at the hands of his cousin Henry Bolingbroke in 1399. The great-grandson of William the Conqueror, Henry II—cunning, dynamic, and “a great legalist”—ruled over England and great swaths of France, but was labeled a “pariah” for his involvement in Archbishop Thomas Becket’s murder and was betrayed by his redoubtable wife, Eleanor of Aquitaine, and their sons. One of the dynasty’s worst kings was Henry II’s youngest son, John—“weak, indecisive, and mean-spirited”—who killed his nephew, a hapless prisoner, with his own hands in a drunken rage, lost Normandy to France, and was forced to guarantee his barons’ rights through the Magna Carta. By contrast, John’s great-great-grandson, Edward III, considered the greatest Plantagenet, was a new Arthur who “bonded England’s aristocracy together in the common purpose of war,” revived the knight’s code of chivalry, and ushered in English as the accepted language. Blood-soaked medieval England springs to vivid life in Jones’s (Summer of Blood) highly readable, authoritative, and assertive history—already a #1 bestseller in the U.K. 6 maps. Agent: Georgina Capel, Capel & Land (U.K.). (Apr. 22)
close
Details