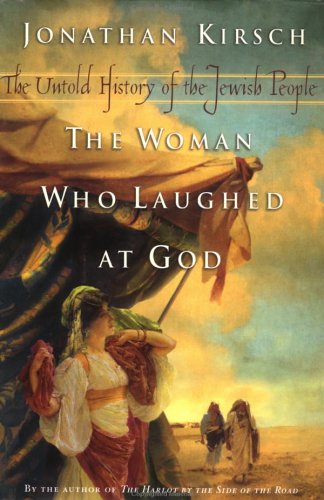 THE WOMAN WHO LAUGHED AT GOD: The Untold History of the Jewish People

Writing with considerable vivacity, Kirsch (; ; ) has produced a readily accessible and often entertaining version of Jewish history. Throughout, he succeeds in his somewhat labored objective of proving that the Jews are a diverse people. The book's title is taken from the story of Sarah's reaction when God told her that she, at almost 90 years of age, and Abraham, who was nearing 100, would have a child. Kirsch sees this as "an emblematic example" of Jews expressing "their Jewishness in wholly new and inventive ways." He goes on to detail a host of such illustrations throughout Jewish history, hammering home his thesis that Judaism "grows and changes," thus assuring its liveliness and endurance. Kirsch argues cogently that Jewish history is a "constant process of invention and reinvention" and that this characteristic accounts for Jewish continuity. The lightheartedness that characterizes much of the book switches to a more sober mood as Kirsch discusses the Holocaust and the founding of the State of Israel. This solemn spirit is also manifest in his consideration of women in the Bible and "The Fighting Jew." Kirsch's well-written reexamination of Jewish history tells the remarkable story of how Jewish diversity has contributed to Jewish survival.