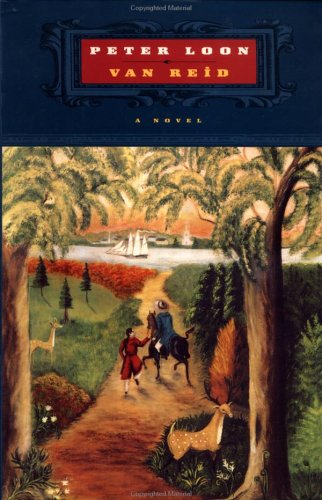 Reid slips a bit in the first installment of his latest historical series, following the well-regarded Moosepath League novels with a tepid, unfocused book that chronicles the adventures of Peter Loon, a 17-year-old boy from backwoods Maine whose mother, Rosemund, sends him on an odd quest after the Revolutionary War. When she was a girl, Rosemund had two suitors: Silas Loon and Obed Winslow. She married Silas, but never really loved him, and when he dies in an accident in the 18th year of her marriage, she sends Peter to find Obed. The initial chapters display the same country charm that made Reid's prior books so endearing, but problems start when the author introduces several romantic subplots. Peter's first distraction is the beautiful Nora Tillage, who has been "sold" into virtual slavery by a corrupt preacher named Nathan Barrow. Peter joins a rival preacher, Zachariah Leach, to liberate the girl, but he soon finds himself disturbed by Nora's skittishness. After Peter gets mixed up with a local militia group in a muddled plot twist that includes a village uprising after several unjust arrests, Nora is replaced in his affections by the fiery Elspeth Gray. Peter is a likable if somewhat underdeveloped character, and Reid does a nice job of capturing the tone of the era with his flowing, laid-back prose style. But the murky plotting never really settles into any kind of narrative rhythm, and Reid will need to be a bit more consistent in subsequent volumes to exploit the potential of his unusual setting and situation.