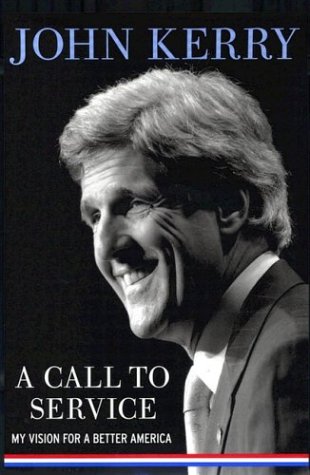 A CALL TO SERVICE: My Vision for a Better America

Before Kerry lays out his positions on everything from education reform to health care, foreign policy and civil liberties, he discusses his candidacy in the context of his calling to public service, hitting on the themes of finding common ground and restoring America's promise. Kerry's belief in service strongly shapes the campaign platform, as in his suggestion that community service should become a requirement for high school graduation. The Massachusetts senator's biography is conspicuously muted, serving as "background music to the main theme of my life right now." Thus, you won't learn why Kerry enlisted to serve in Vietnam or why he later opposed the war. On the other hand, his military experience clearly influences his anger over the Bush administration's reduction of veteran's benefits in the midst of war: he charges that the president "does not understand his duty toward the troops." He's also moved by the need to wean ourselves from "the wrong energy sources controlled by the wrong people," a principle that influences not just his environmental views but his attacks on corporate subsidies and, perhaps, his goal of elevating Middle Eastern economies through trade in products other than petroleum. Should he secure the nomination, Kerry promises to run on a platform of ideas. This book shows that he has a lot of them to offer.