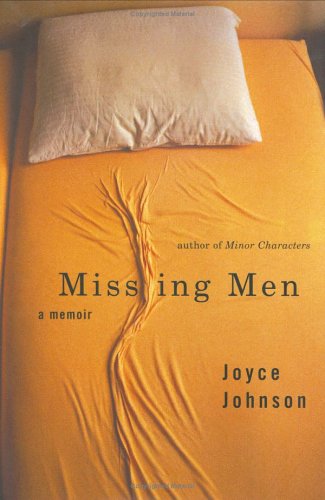 Best known for her chronicles of the beats, and (with Jack Kerouac), Johnson returns to those times as she retells the story of her life with—and without—the men who mattered most to her, including the grandfather for whom she was named, who committed suicide before she was born. "[M]y life has shaped itself around absences," she writes, "first by happenstance; ultimately, perhaps, by choice." These absences form the structure of this fine memoir. The first section covers Johnson's early years as a child actress and her mother's intense desire for her to make something of herself. It ends with her mother, who goes on to become her "negative muse," poisoning her relationship with her father when she is 12. The second section focuses on Johnson's brief but intense relationship with her first husband, the painter James Johnson, whose early death left her a widow at 27. He left his mark in many ways—from an appreciation that "the difference between life and death... could hang on a few inches" to her last name. Finally, Johnson dissects her short-lived second marriage to artist Peter Pinchbeck and her growing awakening to her own self-worth. Shortly before she leaves him, Johnson thinks, "How was it that I could be important enough to have my name in , while at home I was little more than a housemaid?" Her deceptively simple prose cuts through the past, where "memories settled on stuff like dust." Photos.