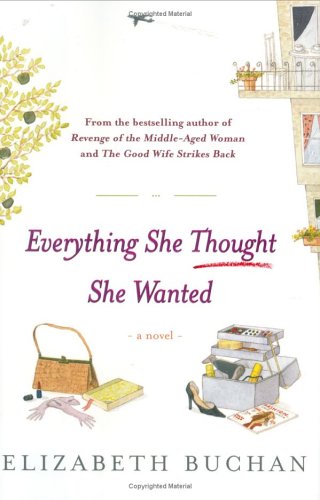 EVERYTHING SHE THOUGHT SHE WANTED

The separate stories of two women—one a career-driven late–20th-century professional and the other a 1950s housewife—are awkwardly juxtaposed in this third novel by British author Buchan ( ; ). Thirty-five-year-old Siena Grant enjoys a life that many women only dream of. A highly successful fashion consultant with her own business, a magazine column, a book deal and an American television show, Siena is also married to a loving, sensitive man. She and Charlie live in a trendy flat and enjoy intimate little suppers. What more could anybody want? For starters, Charlie is dreaming of a country home and children—not a life that appeals to the oh-so-chic Siena. Meanwhile, in 1959, 42-year-old Barbara Beeching, a married mother of two grown children, lives with her pilot husband, Ryder, in a charming country home and hosts the most delightful little parties. Perfect partners, Barbara and Ryder survived the atrocities of war over England and now face the rest of their lives as Ryder thinks of retirement and Barbara thinks of... Alexander Liberty, a hunky psychiatry student whose passion for her takes her by surprise. The ungainly setup—the two stories only glancingly connect at the novel's conclusion—is partly mitigated by Buchan's warm writing and her realistic portrayal of the choices women continue to face, but this isn't quite up to the standard of her previous two outings.