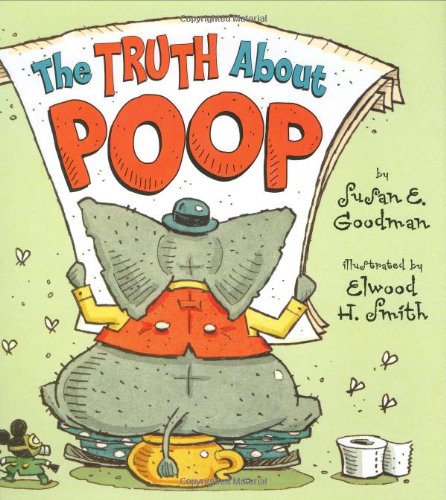 THE TRUTH ABOUT POOP

Step aside, Walter the Farting Dog. Science writer Goodman ( ) deserves a round of applause, and no raspberries, for demystifying a risky topic. With a winning combination of scientific curiosity and amusement, the intrepid author dives into her research. In a section titled "How Much?/How Often?," she gladly reveals the private matters of sloths, geese and bears. She finds that a skipper caterpillar " ... six feet" to misdirect predators, and that sharks hunt by scent (castaways should " "). She chronicles human error and ingenuity in sewage disposal ("British plumber Thomas Crapper... certainly had the best name for the job" in creating the flush toilet, but was not its sole inventor), and she explores toilet paper substitutes from corncobs to a "cheap book of poetry" to "the frayed end of old anchor cables" aboard ships. In addition, she explains paleontologists' professional interest in "chunks of fossilized poop" called coprolites, suggests multiple uses for cow patties (kindling, Frisbees, bedding), discusses astronauts' euphemistic "maximum absorption garments" (aka diapers) and reveals military-strategic applications for "Dangerous Poop." While Goodman delivers the straight stuff about international and U.S. bathroom practices, demonstrating that scrupulous research can be fun, Smith ( ) creates vaudevillean cartoons that suggest their steamy subject but don't get too close. This scatological documentary could make a splash. Ages 7-up.