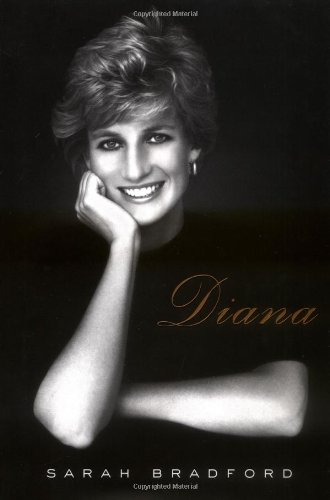 This biography of the doomed Princess of Wales by Bradford, an experienced British celebrity biographer, was published with far less fanfare, though also embargoed, than the concurrent one by Diana's former butler, Paul Burrell, it still purports to be the definitive look at what it was really like for Diana Spencer to become the princess of Wales. But even the most casual student of Diana mania will be hard pressed to find much that hasn't been told before. Bradford, the author of books about such disparate figures as Benjamin Disraeli and Princess Grace of Monaco, does offer up a more balanced portrait than some: Diana was not the brightest bulb, but her compassion for others was central and real; in spite of—or because of—this sensitivity, she was a master at playing people off each other (most notably her onetime lover James Hewitt). According to Bradford, Diana truly did love Charles and was "obsessed" with him until the end. More surprisingly, Bradford also insists that Charles genuinely loved Diana, even as he carried a torch for Camilla Parker Bowles, and that his apparent ill treatment of his wife came from ignorance more than hostility. The usual cast of famous characters appear, but two portraits particularly stand out: Sarah Ferguson and Dodi Fayed. As for Fayed, Bradford downplays it; Diana liked him, she says, but was far less interested in him, personally, than in what he could provide (private yachts, freedom from the press and—ironically, as it turned out—safety). Surely, Fayed's friends and family will not enjoy Bradford's take on him as a spoiled layabout with a cocaine problem, drug use being one the few weaknesses of which Diana disapproved. For those for whom there can never be enough said about the late princess, Bradford's book may provide some color and perspective; those looking for dish will likely be disappointed.