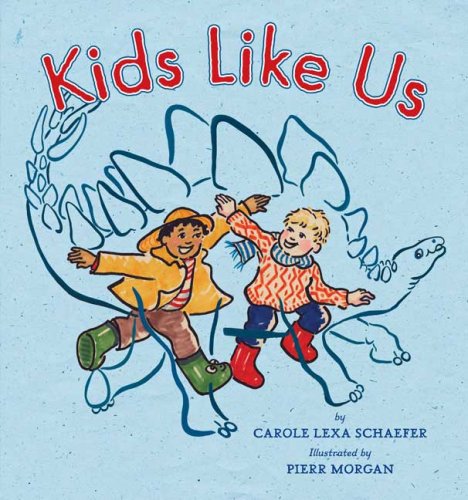 An energetic opening “Fwoom”—depicting the sound of a yellow school bus pulling away—invites readers to join in the dramatic play of a multiracial group of children. Well-suited for its age group with its bursts of enthusiastic language and appropriately colored fonts (e.g., “red” is set in red), the book captures the exuberant yet serious spirit of small children absorbed in play. A blond boy pushes a toy fire truck along the floor while an African-American boy answers what is obviously an emergency call; on the next spread all the children are fully engaged in putting out the fire. The minimal text, dotted with exclamation points and question marks, focuses on sounds, colors and a recurring response that defines the game at hand: “EEeeOOoo. When the red fire truck zooms by, who helps put out the hot orange blaze? Firefighters like us!” Other sequences involve circuses, castles and more. Morgan (previously paired with Schaefer for ) supplies fluidly drawn illustrations on brown-paper-bag-like backgrounds, which create a strong sense of collective make-believe. Ages 3–5.