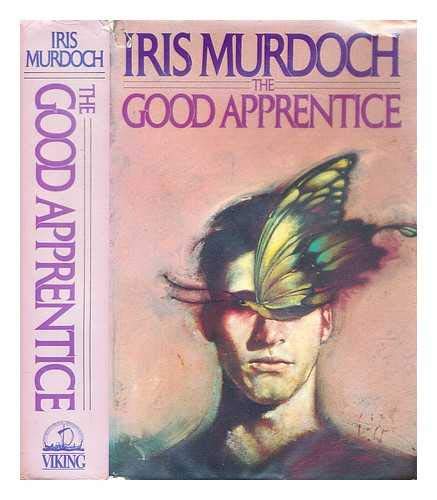 For openers, there's murder, a tough act to follow. But Murdoch, veteran of 21 novels and a recipient of a Booker among other literary prizes, plunges undismayed into the dense, tortured history of Edward Baltram. As a lark, Edward has drugged a sandwich and served it to his best friend and fellow student Mark Wilsden, then gone off to pleasure himself with a casually met young woman; he returns to find Mark's shattered body on the pavement below the window of their shared lodging. At a seance, attended in desperation, he receives a summons to Seegard, the turreted stronghold of Jesse Baltram, whose bastard he is and who long ago abandoned him. There, greeted ony by Jesse's wife May and his two daughters, who assure Edward that Jesse will soon return, he sets out to find the father on whom the wild force of his austerely repressed love is now concentrated. Just after Jesse is discovered, a senile prisoner in a tower of his own house, Edward's stepfather Harry Cuno stumbles by chance into Seegard with Edward's aunt Midge, sister of his dead mother, once Harry's wife. Until that moment only the reader has been privy to the lovemaking carried on at Midge's house when her psychiatrist husband, Harry's closest friend, is in his office, at Harry's when his son and stepson Stuart are away. Now portents and poltergeists are released in good earnest: Was Midge the agent of her sister's death? Whose face does Edward see in the water? Is May poisoning the father and the son? Was Mark's love for Edward homosexual? It is a measure of the author's skill that despite the contrivances, coincidences, psychic dabbling and all-but-incestuous trafficking, the reader's involvement with the huge cast never diminishes, nor does attention to their wit and philosophical exchanges flag. The strands of several novels on many levels are here densely woven together, and if the knots are tied too patly, it is nonetheless a joy to watch the pattern emerge. 25,000 first printing. U.K. rights: Chatto & Windus; translation rights: Ed Victor. January
close
Details