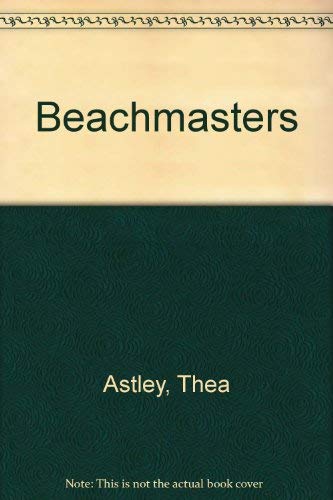 ""The island is a green boxing glove, a baseballer's mitt. It has an insolent thumb.'' Kristi, the fictional South Pacific island that is the setting of Astley's novel, is in a state of upheaval. Led by the charismatic Tommy Narota, rebel forces make a futile attempt to overthrow the joint English and French government. A good part of the story is centered on young Gavi Salway, grandson of a prominent white plantation owner, who is shocked to learn the truth of his racial ancestry. Gavi is caught in the middle in more than one respect; he inadvertently becomes an accomplice to the rebels' gun-running activities. Astley's story is essentially a series of scenarios involving a number of the island's residents, including Narota, Gavi's grandfather, and the representatives of the English and French governments. The result is a fragmented narrative, held together by the poetry of Astley's writing, which is often haunting but occasionally overly ponderous. This gifted Australian author also wrote A Boatload of Home Folks. (May 1pThose who met the Aubrey family in The Fountain Overflows and This Real Night will certainly want to read this third volume, not finished by West but fully outlined in manuscript notebooks. West's signature talents are again displayed: meticulous rendering of period details, evocation of the spirit of an age through outspoken views on its music, art, fashion, politics and social mores. And again there are wonderful conversations that one wishes would go on and on. As before, the basic themes are the function of art and the eternal battle between good and evil, and here West continues to investigate the permutations of marriage, contrasting Rosamund's mysterious, sacrificial union with a repulsive millionaire, Nancy's contented domesticity with a science teacher, and Rose's ambiguous attitude toward and belated discovery of sexual love with the young composer she and her twin Mary had met on the day they received their music scholarships. There are times when West's mixture of mysticism and dry cynicism becomes irritating, and on occasion the prose tends to be overwrought, but her ability to spin a story is unimpaired. (May 6)
close
Details