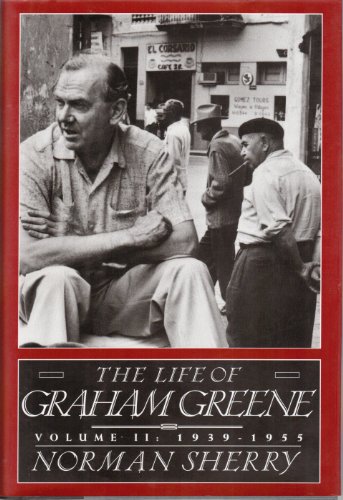 The Life of Graham Greene: 8volume 2

Sherry's first volume, covering the years 1904-1939, gave ample promise of launching one of the finest literary biographies of a contemporary writer, and his second volume amply fulfills it. Again, he has enjoyed extraordinary access to Greene himself before his death in 1991, to his much-abused wife, Vivien, and even to Greene's spy buddy Kim Philby in Moscow. He journeyed to many of the exotic places Greene wandered in his peripatetic life, and he has emerged with a riveting picture of a man profoundly at odds with life, but one whose anxieties and obsessions came to reflect those of his violent century. This volume covers the most dramatic period of Greene's life, in which we see him as a fireman in the London blitz, a wartime agent in West Africa, briefly a publisher (where he had wonderful taste but became so bored with office life that he invented a horrendous author who tormented the entire staff) and finally as a brilliantly successful novelist and screenwriter. These are the years of The Heart of the Matter, The End of the Affair, The Fallen Idol, The Third Man and The Quiet American-all works that, as Sherry painstakingly shows, were closely woven from experience and belief as Greene-ever a would-be suicide-sought potential death in postwar Europe, Malaya, Vietnam and Kenya. Then, as Greene said, ``I do seem to muck up everyone I love.'' Here, in sometimes numbing detail, are his failing marriage and his affairs, first with the plucky but unglamorous Dorothy Glover, later with the gorgeous but determinedly married Catherine Walston, whom Greene pined after, fed on occasional crumbs of nights together, for years. The life of a man so bent on danger, moral and physical, who created from his pain a number of novels supremely emblematic of our times, can hardly help but be vivid. But Sherry himself writes so well, and he so skillfully integrates Greene's own words, published and unpublished, that he turns his biography into something truly special. Illustrations not seen by PW. (Feb.)
close
Details