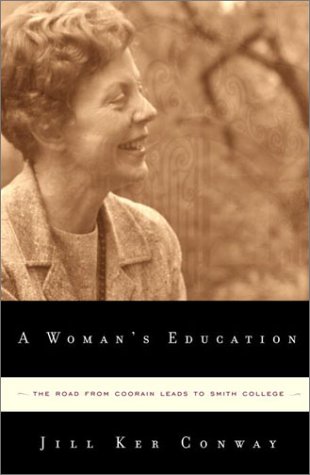 Conway's goals and visions as the first female president of elite Smith College during an era in which many women's institutions were going co-ed are the focus of this plainspoken and gracefully written third volume of her memoirs (following and ). When Conway, then age 39, took the helm of Smith College in 1975, she knew that her determination to make Smith competitive as "an avowedly modern feminist institution" would be a difficult challenge. In addition, she faced the disapproval of most of the entrenched senior male faculty, as well as academic infighting and tensions between the faculty and the board of trustees. She is candid about the problems in her decade there, revealing as well her own misgivings and vulnerabilities and the stresses of her personal life. Learning quickly that she had to be a political strategist, mediator and fundraiser, Conway took as her main mission the need to convey the liberalizing qualities of single-sex education for women seeking to develop their identities. Despite alumnae criticism of the strong lesbian presence at Smith, she was also outspoken in her passionate defense of gay rights as a fundamental feminist issue. Yet she also records her intellectual differences with much of the ideology of the feminist movement. There are poignant passages, when Conway describes her "losses" and her husband's accelerating manic depression, but the main thrust is her forceful argument about the superior ability of women's colleges to liberate students from the shibboleths and constraints of the male-dominated point of view prevalent at most other institutions. Whether or not readers agree with her analysis, they will respond to her high ideals, courageous spirit and humanistic philosophy.

The Road from Coorain