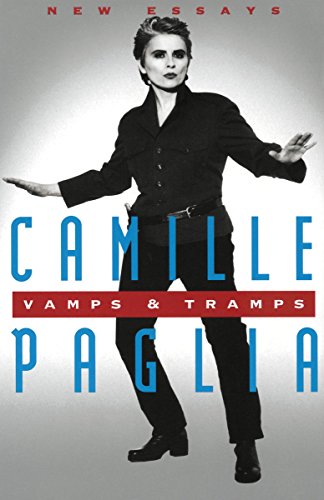 Either you like the polysexual, pagan Paglia, or you don't-and this collection by the author of Sexual Personae isn't going to change that. Perfectly aware of her image, Paglia early on compares herself to Ross Perot, Rush Limbaugh and Howard Stern, in her ``raging egomania and volatile comic personae tending toward the loopy.'' On this outing, Paglia revisits the same fire hydrants, sniffs the competition and then marks them once more as her own. Pornography continues to be great; Lacanians, bad; Freud, underrated; feminists, undersexed. Although her main essay ``No Law in the Arena,'' is not as solid as ``Junk Bonds and Corporate Raiders,'' the analysis of academe that anchored Sex, Art, and American Culture, many of her essays expand on her gritty common-sense understanding of the nasty realities of sex. Particularly good are ``Rebel Love: Homosexuality''; ``Lolita Unclothed'' and ``Woody Allen Agonistes.'' Paglia is at her bilious ad feminem best skewering one-time idol Susan Sontag in ``Sontag, Bloody Sontag,'' or Catharine MacKinnon (``the dull instincts and tastes of a bureaucrat'') and Andrea Dworkin (``The Girl with the Eternal Cold'') in ``The Return of Carry Nation.'' As usual, there's much about tabloid icons-Amy Fisher, Lorena Bobbit, Jackie O-but Paglia herself has become just such an icon, appearing in movies and TV specials whose transcripts she rather tediously includes. Still, when Paglia is good, she is palatable; when Paglia is bad, she's terrific. Author tour. (Oct.)
close
Details