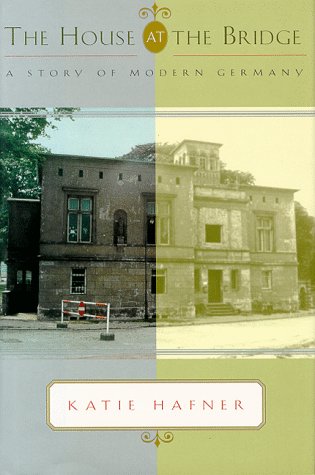 The House at the Bridge: A Story of Modern Germany

In 1938, within days of the Nazi orgy of violence called Kristallnacht, German banker Paul Wallich, an assimilated Jew who considered himself Christian, drowned himself to avoid arrest by the Gestapo. His widow, Hildegard Rehrmann, a non-Jew, fled to the U.S., abandoning the family estate, a 19th-century villa in Potsdam. This once elegant, now dilapidated house, which East Germany converted into a combination boarding school/child care center in 1950, is the focus of freelance writer Hafner's memorable, poignant story, which grew out of an article for the New York Times Magazine. Christine Wallach, daughter of Paul and Hildegard's banker son Henry (who emigrated to New York City in 1935), developed a strong attachment to the lost villa during her Connecticut childhood, viewing it as a symbol of a time when her scattered family was together. In 1992, Potsdam authorities' preliminary decision restored the house to the Wallich family, whose efforts to sell it, amid a wave of xenophobic and anti-Semitic violence, have thus far been unsuccessful. The Wallich house, which survived Allied bombing during WWII, serves in these pages as a prism of modern German history. Teachers in the child care center witnessed the construction of the Berlin Wall in 1961, and saw the Wall torn down in 1989. They also observed East-West spy exchanges on nearby Glienicke Bridge, including the 1986 release of Soviet Jewish human rights activist Anatoly Shcharansky, exchanged for five Eastern Bloc agents. Photos. (Feb.)
close
Details