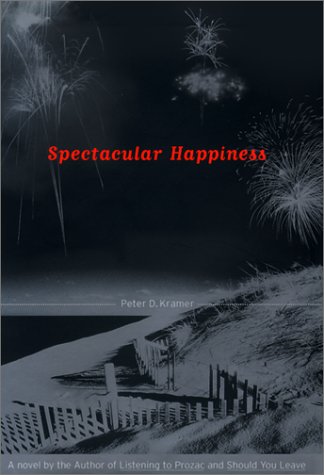 Kramer's chief claim to fame to date is his passionate anti-Prozac treatise (), but this debut novel about a disgruntled Cape Cod teacher who becomes an ecoterrorist should help earn him a serious literary audience as well. Kramer's protagonist is Chip Samuels, a thoughtful, passionate community college teacher who becomes increasingly disgruntled as he underachieves in midlife, his marriage falls apart, he loses his beloved son and he sees society becoming increasingly driven by meaningless consumption. He expresses his dissatisfaction by teaming up with an old lover in a plot to blow up expensive beach houses as a protest against the privileges of wealth and the degradation of the environment, starting with the home of a local mafioso whom they also manage to implicate in the plot. But Samuels avoids the tragic fate his actions seem to foreshadow when the media picks up his story and, in a bizarre commentary on the cult of celebrity, turns him into a counterculture hero, leading him into a new life as a network talking head. The combination of the near-total absence of dialogue and an extremely introspective approach makes the first half of this novel a rather tough go, but once Kramer gets his story in gear he proves to be an extremely literate author as he throws himself into the task of creating a very memorable protagonist who becomes both hero and antihero. The depth, quality and ambition of Kramer's prose will surprise those expecting a superficial crossover effort. This novel will score high on reviewers' and readers' checklists.