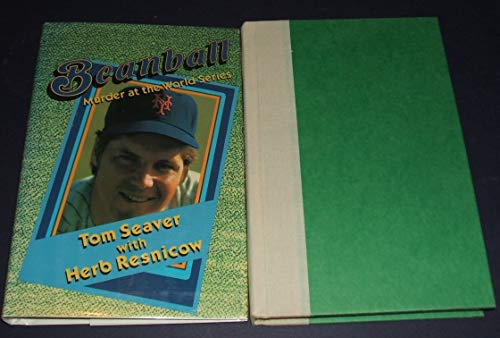 Seaver, the former all-star pitcher for the Mets, Reds and other teams, and Resnicow, author of eight whodunits, including Edgar-nominee The Gold Solution , set their baseball mystery novel in the near future. Just before the first game of the World Series, Samuel Moultran Prager, the tyrannical, George Steinbrenner-like owner of the expansion team Brooklyn Bandits, is found murdered, apparently by a thrown baseball, in the depths of Brooklyn's stadium. The problem for the policeand sports reporter Marc Burris that more than 100 people were in the stadium when Prager died and each had a motive and the ability to kill him. The baseball sections of Beanball are, not surprisingly, solid and fascinating to any fanespecially the accounts of Series games and the Bandits' unorthodox strategy. Unfortunately, much of the rest of the story has a goofy, frantic quality that verges on slapstick. Burr loses his hold on reality in the course of the novel, fearing, among other things, that his girlfriend won't marry him unless he gets a raise, that the police will arrest him for murder, that an intern will sue him for sexual harassment. (Feb.)
close
Details