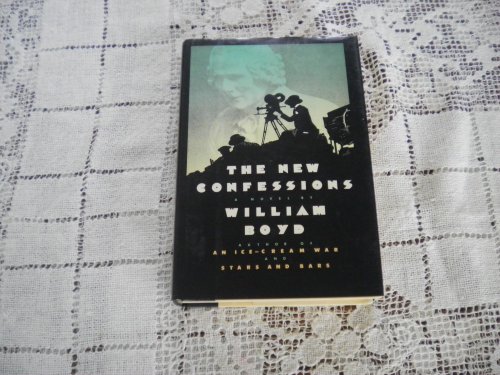 John James Todd, the tenacious, reflective, wise, ambitious, romantic filmmaker and adventurer who is the narrator of Boyd's (A Good Man in Africa, An Ice Cream War) fourth novel, is not a real personexcept that Boyd delightfully makes him so in this ribald ""autobiography'' based in spirit on Rousseau's Confessions, that posthumously published ``enterprise which has no precedent, and which, once complete will have no imitator.'' Looking back on his life from a villa on the French Riviera in 1972, the Scottish Todd (born in 1899 to a mother wholike Rousseau'sdied at the moment of his birth) recalls events from his Edinburgh childhood and through the 1950s. He is introduced to the Confessions while a prisoner of war during WW I (the guard who procures it for him is a German actor and they remain friends) and its themes continue to haunt him. Todd is variously a doorman in Berlin in the '20s; a celebrated filmmaker in that city; a failed filmmaker of westerns once silent movies disappear; a foreign correspondent for several of the most unimportant newspapers west of the Mississippi during WW II; and a blacklisted filmmaker in Hollywood in the '50s. He fathers four children but is not a family man. Todd's greatest achievement is a technically adventurous, five-hour version of the first part of Rousseau's autobiography, starring Karl-Heinz Kornfield, his former guard. As Todd describes his work on this silent film, we become convinced that we have seen it; his other films are similarly vivid. So too are Todd himself and his lovers, friends and enemies. (Like Rousseau, he is unsparing in exposing his own flaws, and sometimes his callousness is chilling.) Todd's eloquent philosophic asides on how chance and circumstance, rather than simply will, shape an individual's destiny, reflect the masterful way Boyd allows Todd to tell his magnificent story. For while he gives his imagination free reign, the author exerts an impressive control, shaping the anecdotes for deeper understanding of Todd's character. $75,000 ad/promo; BOMC featured alternate; author tour. (May)
close
Details