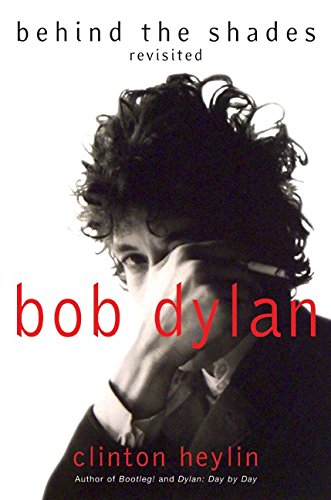 Bob Dylan: Behind the Shades Revisited

Because he was denied access to Dylan for this unauthorized biography, Heylin (Bob Dylan: The Recording Sessions, 1960--1994) was driven to dig particularly deep. In this update to his 1991 tome, based on unpublished manuscripts such as the diaries from Dylan's 1974 tour and the Blood on the Tracks recording sessions, which were unavailable 10 years ago, along with new, original interviews, Heylin documents ""a constant, unresolvable conflict between man and artist."" This makes for a morbid, albeit fascinating, 40-year epic with a 260-person chorus that boasts childhood friends, George Harrison, Robbie Robertson, Joan Baez and Dylan's various and sundry ""unworthy muses."" Everyone, it seems, is singing Dylan's praises and cursing him at the same time, but Heylin is able to make out his subject's voice: the former Robert Zimmerman is a prisoner to his 1960s persona, he says, and in the musician's attempts to protect his artistic and human right to change, he had to slowly withdraw from his overdemanding public. Although this biography should be touted for not fixating on Dylan's golden Blonde on Blonde era (it briefly covers the 1990s), between the lines, Heylin is nostalgic--not for the pre-motorcycle accident, amphetamine-wired Dylan, but for a younger, less tired one who writes almost as much as he tours. With a subtitle that says ""revisited,"" only die-hard fans will be among the few willing to crack this tome. (Oct.)
close
Details