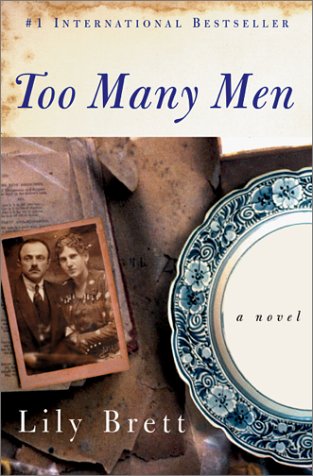 Brett's mother and father were Holocaust survivors who moved to Australia, where she is still known best and where this wonderful book became a #1 bestseller after its publication about 18 months ago. Brett has a body of work behind her—poems, essays and three other novels—so why her latest has taken so long to reach these shores, especially with a glowing blurb by no less than Simon Schama, is a mystery.

It is the story of Ruth Rothwax, a successful New York businesswoman who decides to take her 80-year-old father, Edek, back to his native Poland to revisit the scenes of his childhood and the camps where he spent the desperate wartime years. Ruth and Edek are both vivid creations, she a highly organized person who speaks her mind and is constantly outraged by the lingering anti-Semitism and evasiveness she finds everywhere in Poland; he a seemingly simple man driven by a powerful lust for life—food, friendship and sex. Their adventures in Poland as they revisit Edek's childhood home, barter for some of his expropriated household items and share visits to Auschwitz and Birkenau with busloads of tourists who see themselves as following in the footsteps of Steven Spielberg, are at once haunting, riotously funny and deeply touching.

Brett's style is so deceptively easy that the book, though long, reads as swiftly as a thriller; and what might seem a claustrophobic dependence on two characters is avoided by a series of canny devices: Ruth's sardonic meditations on life in New York; a strange meeting with a German hotel guest whose husband wished he was a Jew; the introduction of a pair of lusty Polish widows with their sights set on Edek; and, above all, a series of imaginary conversations Ruth has with Auschwitz commandant Rudolf Hoess, from his postexecution existence in a kind of posthumous limbo, where he must attempt to pass impossible tests for heavenly access. These plumb the depths of the astounding banalities of evil and give the book a surrealistic richness of reference. The hardest effect to bring off in fiction is a vision that is at once tender, deeply comic and yet aware of the ultimate sadness of life, the . Brett has succeeded triumphantly in the most delightful surprise of the year so far. .