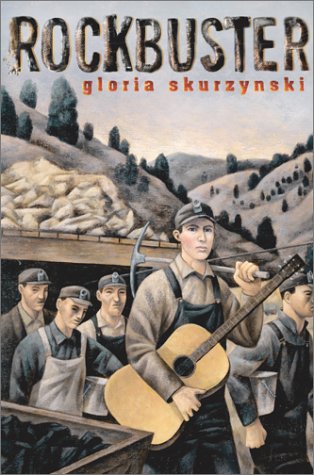 Skurzynski's () taut historical novel examines the plight and maturation of a boy caught in the crossfire of the early labor movement. Spanning eight years, the novel opens in 1907, when 10-year-old Tommy travels with his charming Uncle Jim from their Utah coal mine home to Boise, Idaho, to secretly deliver funds to help with union leader Big Bill Haywood's trial. However, when Tommy inadvertently reveals his uncle's identity (he's prominent in the union) to Pinkerton detectives, Jim is hustled off the train and later found dead. Tommy blames himself for Jim's death: "He would keep the terrible truth locked inside himself until the day they lowered him into his own grave." Tommy leaves school to work in the mines and help support himself and his mother, and in his relatively protected job as trapper boy he practices guitar, a talent which ultimately earns extra money and some fame. As Tom progresses from trapper to rockbuster, boy to man, Skurzynski effectively portrays the conflict, acrimony and even hypocrisy of the early union movement. When Wobbly songster Joe Hill, sentenced to death on a trumped-up murder charge, asks Tom to play at his funeral and take up his role in the movement, Tom must decide how he can best make a difference—and how it will affect his romance with the mine owner's daughter. Readers will admire Tom for finding his own path to help ameliorate inequity and injustice. Ages 12-up.